If you gotta write a video eulogy, let it not suck. ~Confucius, probably 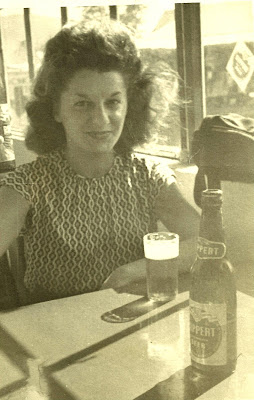 I rarely cry anymore. When I popped out two kids, the first thing that leaked out after them along with the amniotic liquid was my timidity in times of import and my outwardly emotional side when the shit hits the fan.
Oh, I’ll yell. I’ll gasp… I’ll get pissed. Maybe I’ll even make a joke. But I won’t fucking cry. I’m the rock and rocks don’t cry. I learned pretty early on in my parenting life that the people around me didn’t like it when I cried. They got white-faced and nervous and had no idea how to handle it. So I don’t let them see it much. When the rock feels shaky it hides in the bathroom, chokes out a couple sobs and then pulls it the fuck together.
Methinks this has a lot to do with my Nanna’s DNA.
Concetta Angelina Morizzio Stec; 4’10, emotional powerhouse, I rarely saw her cry. Oh, she could curse a blue streak in English and Italian. Until he got sick with prostate cancer later in life, Nanna’s favorite term of endearment about her husband, my Poppie, was The sonofabitch.
My grandmother was one of my favorite people in the world and her spirit is irreplaceable. She died on Monday March 11, 2013, just after 5a.m. Her loss has left a small hole in my heart, though the memory of her laughter and antics will continue to echo inside me forever. She is one of the reasons I am who I am— I didn’t learn it from a cliché, I learned it from my grandmother; laughter is a powerful inoculation against everything in life that ails you. She gave me that because she lived it, and I will be forever grateful. 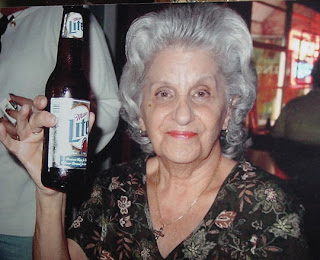 About 14 years ago, I got my first video camera and spent as much time taking footage of her as I could, even though there’s no movie in the world that could fully illustrate the character she is in real life; a delightful little Italian lady prone to the use of malapropisms…

*Excerpt from I Wish I Were Engulfed in Flames:

She calls Neosporin neosperm, and once announced to a packed theater during a showing of the movie Gigli that, “I never liked the sex. Too messy and then you have to douche.”
Why did you pay good money to go see Gigli, you might be asking yourself? Nanna picked the movie — that’s the only explanation I have because aside from the slightly interesting vagina monologue in the middle, my recollection of the event is that it was one-hundred and twenty-one precious minutes of my life I’ll never get back.
One year, we planned a birthday celebration for Nanna and decided to kill two birds with one stone, scripting an idea for a short film that ended up requiring a bit of improvising. In case you haven’t figured it out by now, not much is sacred in my family.
Nothin’ says lovin’ like being made the butt of a deliciously inappropriate joke for their birthday and having it posted on one of the most visited video sharing websites. It is truly the gift that keeps on giving. Nanna was seventy-nine at the time and in retrospect, we could have given her a heart attack. But that’s not what we were thinking about when we called the funeral home and inquired about purchasing a cremation urn identical to the one that housed my grandfather’s ashes.
Poppie and his prostate cancer had gone the way of the ash two years previous and we were movin’ on. C’est la vie.    No need to wallow in grief, it’ll find you again soon enough. Steep in it for a few seconds - a week, tops. Then move on.
When we arrived at Mom’s and got settled in, we headed to the back porch to sit around chewing the poo while Mom gave Nanna a perm. The first fifteen minutes of the conversation were all about toilet paper. (My grandmother has preferences, much like her great-grandson, Jake. She likes very soft, pricey toilet paper. Months earlier, she’d been forced out of her trailer in a Florida retirement community due to an impending hurricane and had to stay with my Aunt JoAnn. They fought the entire time about the lack of appropriate toilet tissue.)
The next morning, after a nice breakfast, Mom put the wooden box into a small duffel bag and set it at the end of her dock by the lake. We lured Nanna out on to the dock and Resi held her hand, just in case she got too close to the side. We didn’t want her going into the water, since she can’t swim. Killing Nanna on her seventy-ninth birthday wasn’t the plan. Giving her ticker a little jolt was. My step-father took me out on the water in a small aluminum boat, so I had a front row seat from which to film.
As Resi pretended to show Nanna a turtle in the water, Mom snuck around, removed the box from the duffel bag and prepared to toss it into the lake.
Resi feigned confusion, “Mom, what are you doing?”
This got everyone’s attention.
“What’s that?” Nanna asked.
“I’m gonna’ throw it in the lake.”
JoAnn, seeing the box and not in on the plan, went for Mom…
Okay, so here’s where the short film portion of our little escapade went south. Mom chucked the box and it landed a mere three feet away from the dock and bobbed in the water.
Nobody said anything for a long time, awaiting Nanna’s response.
“That’s not your father,” she said, rolling her eyes.
My aunt JoAnn, however, was a bit more gullible.
There was a fair amount of yelling. This, set against the backdrop of me laughing from the boat as the camera jerked around, ensuring anyone viewing the video footage later would need a Dramamine or two. Kind of like The Blair Witch Project.
I’ll let you watch the video to see what happened… Nanna yelled at Mom for making JoAnn upset, while Resi and I waited for the right time to spill the beans. Of course, we let the camera roll for a while first.
“Okay, now go get the God damned box,” Nanna yelled.
The script had flopped but we were bound and determined to get it right so after fessing up, Nanna and JoAnn decided to play along. I came in off the boat, found another angle and we prepared for take two. We’d use the footage from the beginning of the scene, up to the yelling, and then we’d improvise, adding more conflict. All good stories need conflict.
Resi decided it would be funny if someone actually went into the water, and the rest of us decided she should be that person.
Take two.
JoAnn pushed past Resi and Nanna, tried to get the box away from her sister, and in the process, my sister ended up in the water. It didn’t occur to me till after Resi had joined the box that the lake was full of snakes and alligators.
“Get out, get out. There’s snakes in there. Get out!” I screamed from behind the camera as my sister struggled to grab the side of the dock.
Nanna, fantastic actress that she is, repeated her initial line without prompting, “Now go get the God damned box!”
…add some editing and cheesy music and, voila; plenty of hits on the Tube.
Nanna got a few presents that weekend, including an urn that matched Poppie's, and few memories she wouldn't soon forget.

The following is my memorial tribute to her. I’ve spent the last few days wallowing in grief and today I realize I’ve steeped in it long enough. It’s time to be moving on. Nanna believed in God. I’m not sure I do, but in case one of the wisest women I’ve had the pleasure of knowing is right, and I’m just an idiot floundering in existential malaise, wherever you are…
I love you, Nanna. 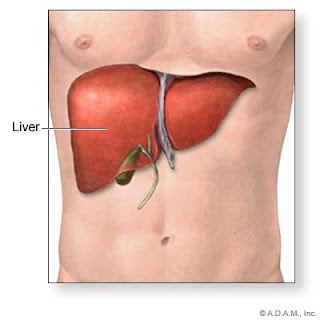 I was trying to figure out a fun way to help raise more money for Dale Ray’s new liver, but all of the Twitter followers I contacted refused to send me boob pictures to raffle off.  Since mine aren’t fit for public consumption, that idea flat-lined pretty quickly.

Next, I gathered my kids together to help me make some crafts to auction off, but as I stared at the table loaded with dead batteries and cell phones, old shoelaces, empty ramen noodle containers, and glitter, my inspiration began to flag.

In a panic, I sent out more pleas for mammary inspired pictures, ensuring the fine ladies of Twitter that they could Instagram filter those puppies to Playboy-level exquisiteness. (Yeesh, they’ll DM pictures to any idiot with an @ when they’re drunk, but when it’s for charity, suddenly they’re touchy about the size of their areolas.)

Alas, it appears I have nothing but books and a lot of begging to offer in return for your donations. I’m happy to offer both.

Meet Dale Ray, aka @JournalismJunk. You can read more about him on his webpage at the National Foundation for Transplants. 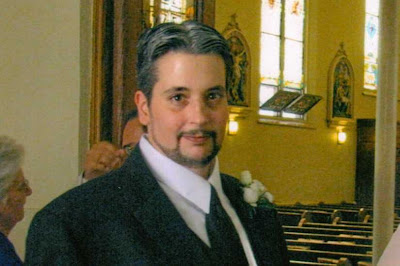 What I like about Dale is that he’s a decent, God-fearing family man who happens to tweet about hookers. A lot. He’s raunchy. He’s also the author of one of my All-Time favorite tweets:

This is one of the reasons I enjoy him so much. I’m always wary of people who work hard at maintaining a pristine public image because those are usually the ones who have lots of skeletons in their closet – skeletons busy having sex with the family goat (or watching The Bachelor religiously). Which is fine if that’s your thing… but don’t sex up the goat at night (or live-tweet the insipidness of reality TV), then stand at the pulpit on Sunday morning reading from the book of Job while pretending nothing sordid has occurred in the interim.

(NOTE: This is not an endorsement regarding goat sex (and most certainly not of reality TV), although I do recommend reading Edward Albee’s play The Goat - or Who is Sylvia. Good stuff.)

Here’s what you do:

1.  Go to his donation page at National Foundation for Transplants website and donate.

2.  You will receive a confirmation e-mail. Then e-mail me (deckerjeni@gmail.com) something from that as proof of your donation. (Anything BUT your donation amount. That’s between you, your God, your conscience and/or your checkbook.

3.   I’ll put your name into the hat for the drawing. At that time, if you want an e-copy of Rigor Mortis or Waiting for Karl Rove, just let me know what e-reader platform you prefer and I’ll e-mail you a copy for participating.

This contest will end on March 15th and I’ll notify the winners of the I Wish I Were Engulfed copies by e-mail. Let’s get this guy a new liver, shall we? This is America for God’s sake. Money should never be an issue when it comes to life or death.

“I beg of thee, give until it hurts to pee.” ~Shakespeare, probably