Can't We All Just Get A Bong?

My cohort, co-author, co-conspirator and friend, Kat Nove went to the Austin, Texas Rally to Restore Sanity this weekend, and all I got were some lousy pictures.

No, that is not bitterness you hear - it’s sarcasm.

I watched from the cheap seats (my couch) switching back and forth to various cable news channels looking for coverage. I started getting irritated due to the universal lack of knowledge vis à vis the demographics of the attendees. The talking bobble-heads were saying things like:

“But will these translate to VOTES on Tuesday?”

“The audience is predominantly young and white.”

“Is this crowd as big as the Beck rally?” (“Yes, and the collective IQ was much higher as well,” I replied in requisite snarky fashion.)

I’d like to challenge these ageist misconceptions with Kat’s photos of the crowd. But, first off, you should know that Kat - her own self - is menopausal. 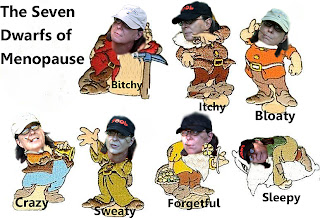 At any rate, here we have an attendee who’s blatantly not conforming to bobble-headed presumptive demographics. By the way, I’m not posting this to shame my almost-senior friend - Her Moodiness has spoken well and often about her particular affliction and its symptoms. Besides, at 41, I’m not that far behind her; I’ve already got the aches, pains and mood swings to prove it.

Regardless of your political affiliation or age, one thing is certain: Tomorrow you need to get your ass to the local polling station and cast your vote. Otherwise you don’t have any room to complain when we collectively start to circle the drain. Make your voice heard, people.

Get out and vote!