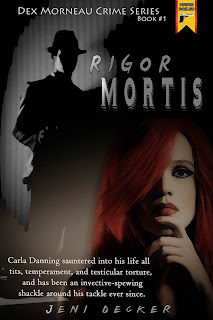 Book One in the Dex Morneau series

Dex Morneau is a self-described long-haired heap of sinew and gristle, with too few clients, and too much drinking time on his hands. He’s comfortable in his own skin, uncomfortable around anyone else’s – tired, apathetic, and generally resigned to both, due to his propensity toward circumspection. He supplements his private detective work with process serving, and is none too happy about that fact.
Six months ago, Carla Danning sauntered into his life, all tits, temperament and testicular torture, and she’s been an invective-spewing shackle around his tackle ever since.

Also available on Audible and iTunes narrated by Greg Crites

In book two of the Dex Morneau series, the private detective and his assistant come face to face with Carla Danning’s past. (Chapter One excerpt below) 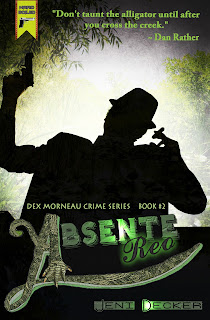 I’m sure there have been worse Thursdays in the history of the world, but right now I can’t think of any. I’m getting damn tired of the mosquitoes, the tics, the horseflies, never mind the goddamn snakes. When I set up my private detective agency twenty some-odd years ago, nowhere in any thought about sticky situations I might find myself in did snakes enter the picture — nor did being tied up and left in what amounted to an oversized outhouse with an eight-foot long reptile chained to the wall a few feet away.

For all the above I blame Carla — my assistant and former stalker — who is, at this very moment, a silent obelisk, bound at the wrists and ankles, seated on the floor a few feet away, refusing to look at me.